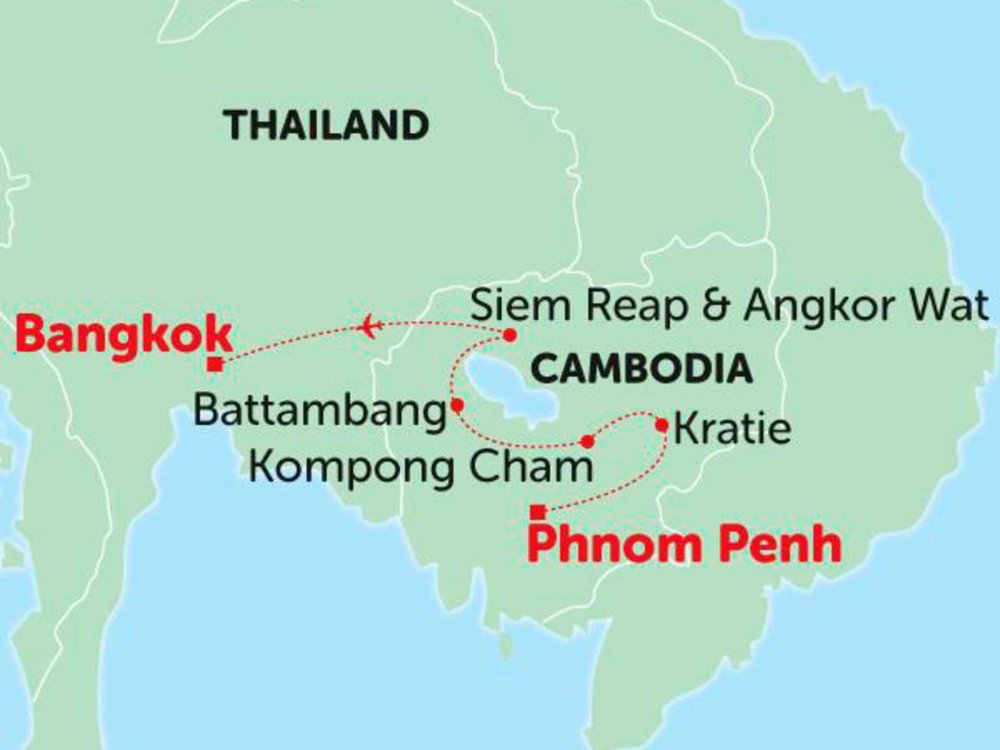 Welcome to Phnom Penh! Phnom Penh is Cambodia's bustling capital city with a turbulent past. Sitting on the juncture of the Mekong River and the Tonle Sap river, Phnom Penh has been the national capital since the French colonised Cambodia during the 19th century. The city has grown from a small fishing village to what is now the industrial, commercial, cultural and historical centre of Cambodia.

Whilst here you can visit the Tuol Sleng Genocide Museum, a former school which was transformed into one of the Khmer Rouge’s most feared prison and torture camps during the Pol Pot regime. The building is now a haunting tribute to the thousands who died here and at the other 150 similar camps throughout the country in the late 1970’s. Those who were detained at the camp were later taken and executed at the Choueng Ek extermination Centre, more commonly known as ‘The Killing Fields', a site we also visit to learn more of and try to understand this wonderful country’s turbulent past.

Phnom Penh also has a lot more to offer including the Russian Market and National Museum. Or you could also take a stroll along the river's famous Sisowath Quay and enjoy a coffee or cocktail at one of the many cafes while observing the bustling river traffic. Our Tour Leaders particularly recommend the Foreign Correspondents Club or F.C.C. as it’s better known. You may wish to take a tuk-tuk ride around Phnom Penh (a tuk-tuk is a motorbike-taxi with an enclosed passenger cabin that can fit around 4 people).

Leaving behind the busy city life, we head back into the countryside to enjoy two days in the relaxing town of Kratie. Located in the province of the same name, this remote small town offers peace and tranquillity as well as a wonderful insight into rural village life.

Arriving late afternoon, we can enjoy some of the best Mekong River sunsets available.

Kratie is also one of the very best locations to spot the rare freshwater Irrawaddy dolphins, similar in appearance to the beluga yet more closely related to the killer whale.

In Kratie you can also find a number of interesting temples from different era's, a museum that hardly ever opens (ask your Tour Leader to try for you!) as well as some marvelous countryside tours to see another side of this wonderful country and its people. So, soak up the peaceful rural life, wander the central marketplace to pick up handmade souvenirs and admire the French colonial architecture.

The next day is free to soak up the charming town and host of activities on offer.

During the dry season you can embark on a Koh Trong Island exploration. A short ferry ride takes you out to the island where you can swim or climb the hills for some amazing views.

One of the most popular activities in the area is to hire a bike and explore the beaches and fishing villages yourself. You will pass palms and banana trees and plenty of street vendors selling their local produce. Make sure to try the local bamboo sticky rice, a favourite amongst all!

Optional Excursions:
Boat Ride to view the Dolphins – From USD21

Staying in close touch with the mighty Mekong River which so dominates Southeast Asia we travel slightly South to the riverside town of Kampong Cham. Literally meaning 'port of the Chams' and referring to the local ethnic Cham people living in the province, Kampong Cham offers a chance to experience yet another piece of small town Cambodia.

Enjoy the charms of the sleepy city, watch traditional Apsara dances or visit Nokor Wat to admire the Angkor architecture.

You may also like to get a tuk-tuk or a boat down the river to Wat Maha Leap, one of the few remaining wooden pagodas in Cambodia. Over 100 years old, it was one of the few pagodas not destroyed by the Khmer Rouge because they used it as a hospital. Monks since reformed it to its original beauty and you can see the gilded patterns on the black wooden pillars that support the stunning blue roof in total contrast to the nearby, impressive Kizuna Bridge, which at 1.5 km long is still Cambodia's 2nd longest and the first to cross the Mekong in the country.

Crossing to the Western side of Cambodia, we enjoy some stunning scenery of countryside life as we journey to Battambang. An important former trading city, Battambang is Cambodia's second most populated city, and appeals to tourists due to its vibrant personality as well as its cultural highlights and many nearby temples.

We hop on a private vehicle and have two stops along the way to break up the journey. First off we visit the unique spider market, famous for its fried insects of all varieties but most importantly, the spider. For those brave enough to try some, this is the perfect place. Our next stop is lunch before we continue onto Battambang.

Soak up the cultural atmosphere in Battambang with it's blend of modern city and well preserved colonial architecture, admire the statues that pepper the streets, and marvel at the art deco buildings such as the Central Market and train station.

We will enjoy the unique experience of rattling through the Cambodian countryside on the beloved bamboo train, located just outside Battambang, followed by a traditional khmer wine tasting.

In the evening, take an optional tuk tuk ride out to the Battambang bat caves at Phnom Sampeau where you will witness thousands upon thousands of bats streaming out of the cave and flying off into the sunset.

Today we board a tourist bus and head to Siem Reap, the base for exploring the famous temples of the Angkor area. The name Siem Reap means 'Defeat of Siam' - today's Thailand - and refers to a century-old bloodbath which you can see commemorated in stone in the celebrated bas relief carvings of the monuments around the area.

Siem Reap is a charming town with Chinese style architecture and an Old French quarter that is easily explored on foot. After arrival you are free to explore the area and enjoy some market food or try out one of the many restaurants dotted around the town. Tomorrow we have an included excursion to view the magical Angkor Wat.

This morning we meet our local guide and head to Angkor Wat, the most famous temple in Cambodia. Your guide will explain the long and expansive history of the complex and talk you through the various things to see. There are over one thousand temples here which attract over one million visitors annually. The temples range from small ruins to the famous Angkor Wat, and the site is said to be the world's largest single religious monument.

Angkor Wat, a UNESCO world heritage site, pays homage to the Hindu god Vishnu and has a dazzling array of beautiful ornate carvings. The many ceremonial structures and temples here were built between the 9th and 13th centuries by the Khmer Empire that spanned a period of approximately 600 years. These temples are some of the most famous in the world and take up an area of approximately 160 square kilometres.

There are superb photographic opportunities here at most times of the day so make sure your camera batteries are fully charged and your memory card is ready to go! Tuk-tuks provide a convenient form of transport around the area here, and you can hire a tuk-tuk and driver for the day if you wish. The Angkor area (in and around the Ta Prohm temple) was the site where the film Tomb Raider starring Angelina Jolie was filmed.

We depart the hotel early for our flight to Bangkok. This loud, vibrant and tantalizing city is the centre of economics in Thailand and is seen as the gateway to South East Asia for most travellers.

After check in to the hotel and an orientation you are free to start exploring. An excellent start is to wander the area surrounding the hotel, along the river and explore the many hidden markets in the side streets.

One of the biggest highlights of the city is the opulent Grand Palace, which was built in 1782 and was home of the Thai King for over 150 years. The palace complex has several impressive buildings such as the Temple of the Emerald Buddha. Wander the complex and marvel at the dazzling colours, tiles and mosaics as well as the many statues that depict ancient Thai culture.

Bangkok is one of those cities that is just as alive come night as it is in the day. There are various night markets dotted around and local bars are overflowing. There is something for every taste in this city - from quirky live music venues to high end rooftop bars. 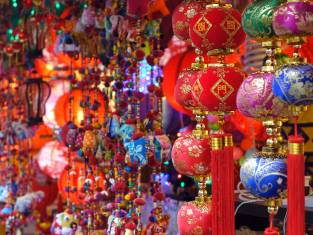 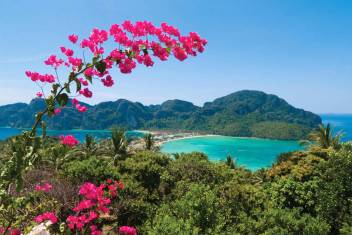 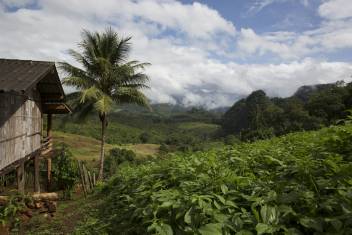 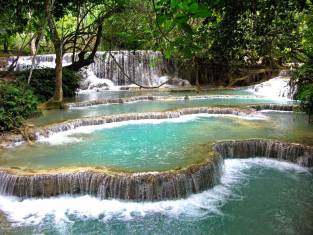