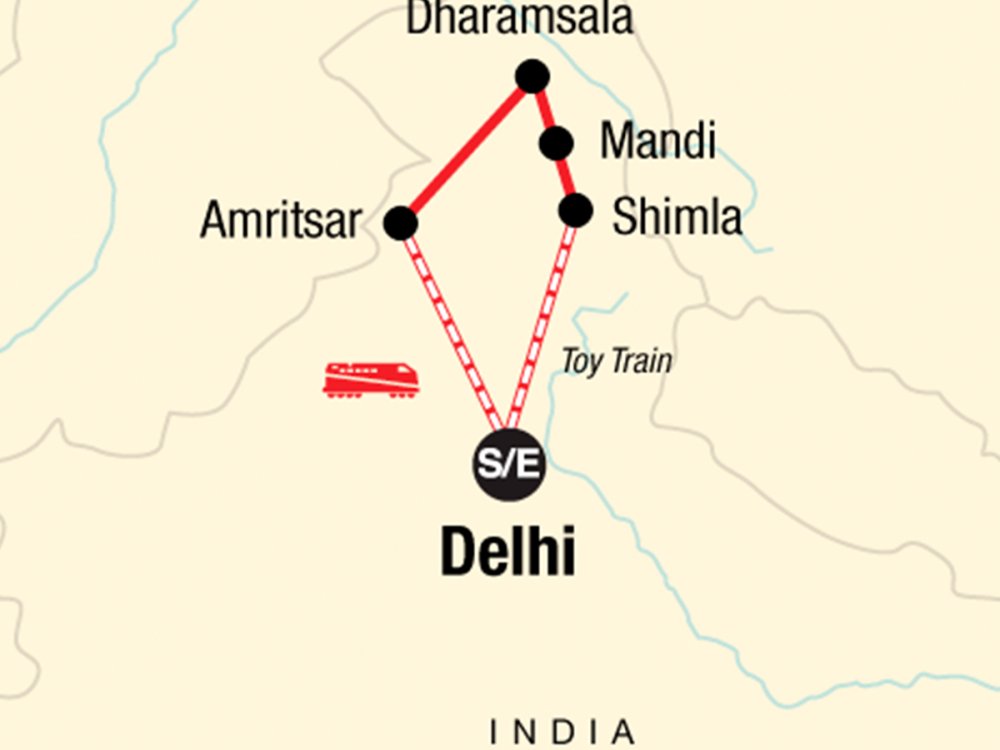 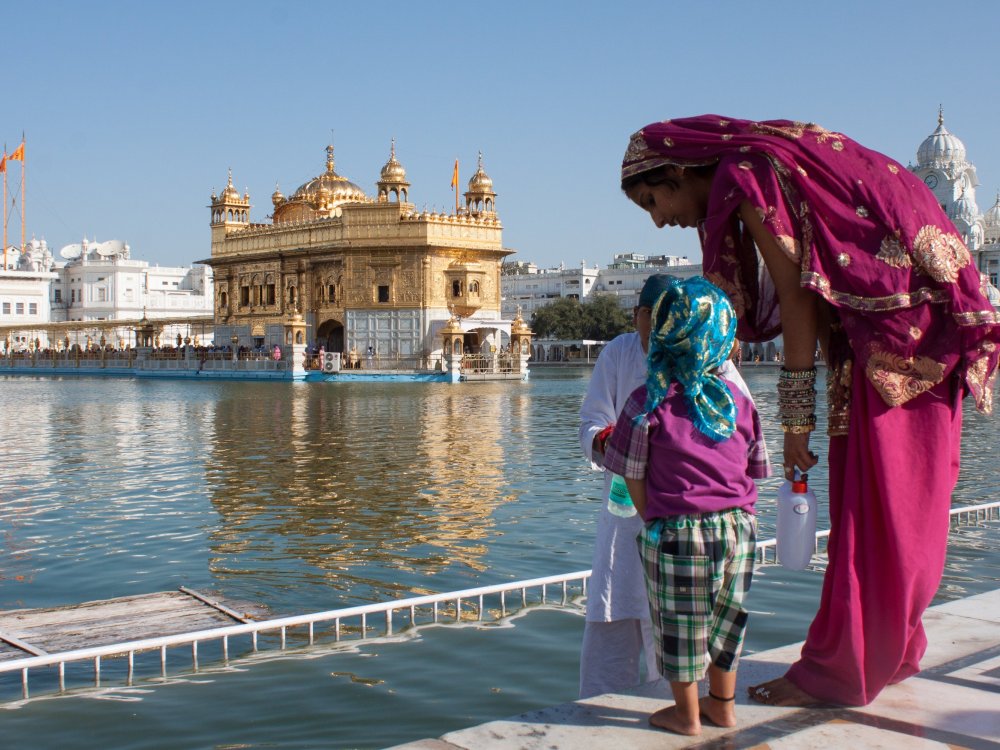 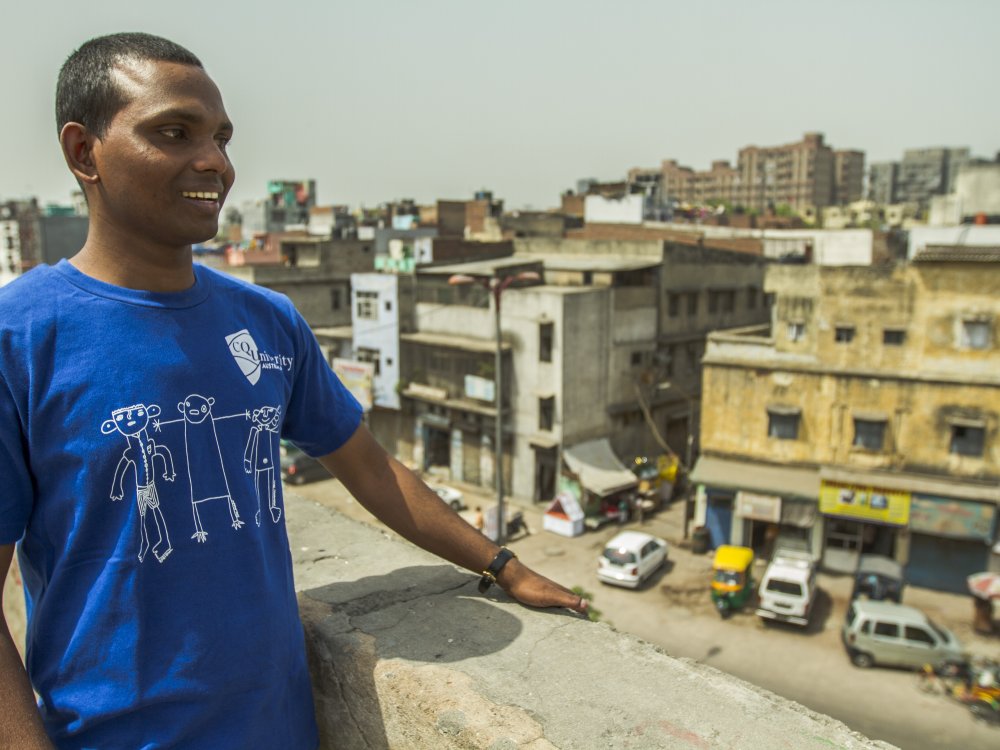 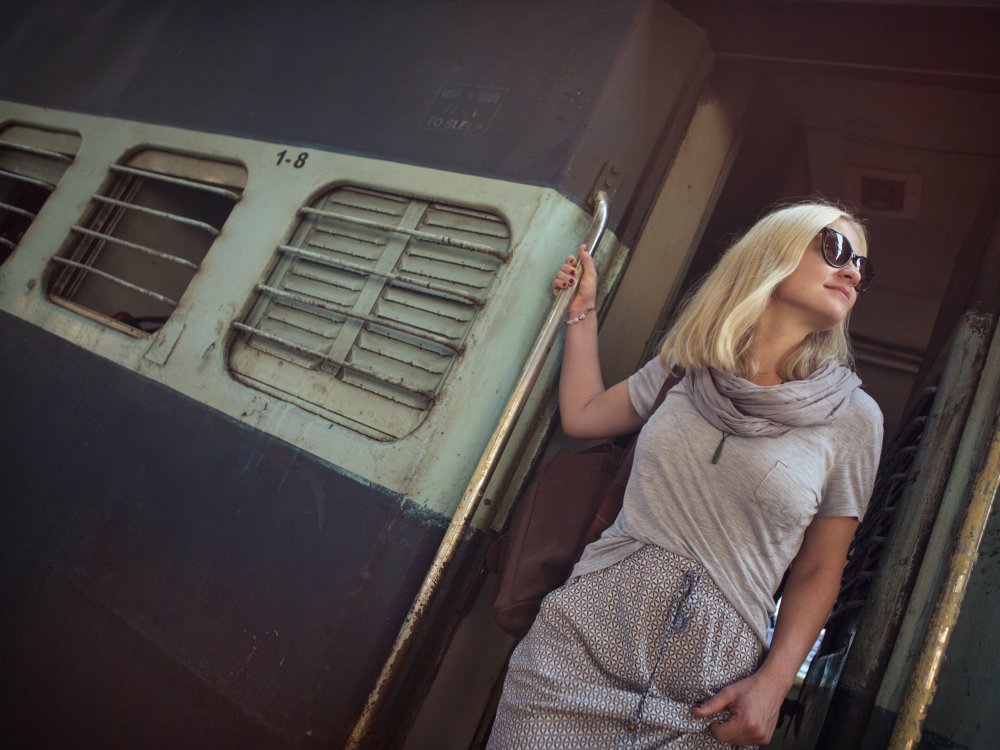 Arrive at any time. Arrival transfer included through the supported Women on Wheels project.
There are no planned activities until an evening welcome meeting.

Optional Activities:
Kitchen with a Cause
Hungry? Visit Delhi’s Kitchen with a Cause before or after your tour for a delicious meal that gives something back to the local community. It is more than a bustling restaurant – it’s a product of the G Values Fund* filled with mouth-watering action. Dishes are prepared by talented chefs who celebrate the deep, traditional flavours prevalent in Indian cuisine. The restaurant provides further career and training opportunities to young adults who are graduates from the G Adventures-supported City Walk project, an organization that aids local disadvantaged youth. Here, the cost of your meal gets you so much more than just a full stomach. Visit the Kitchen with a Cause at 15A/64, WEA, Kroi Bagh, Delhi, India.

Take the morning Shatabdi Express to Amritsar and enjoy breakfast on board. In the afternoon, drive to the India-Pakistan border and witness the border ceremony performed by both nations border guards. Every evening, hundreds of people gather to watch the famous parade and the ceremonial lowering of their national flags by the Indian and Pakistani armies at sunset. Witness this event in the stands and cheer on as the two countries showcase their cooperation.

Later in the evening visit the grounds surrounding the Golden Temple and take an orientation walk of Amritsar. Enjoy a visit to this gorgeous temple, the most sacred shrine in the Sikh religion. Sitting in the center of a sacred lake, and accessible by a marble causeway, it is absolutely stunning. Watch the nightly ritual of moving the Guru Granth Sahib (holy book) from the temple to the neighboring Akal Takht building in a gold palki (palanquin) preceded by the spectacular fanfare of religious leaders blowing long horns or beating drums. As the procession moves, people chanting wait for their chance to shoulder the sacred palki. The Golden Temple kitchen serves a free meal called a "langar" to more than 40,000 visitors daily, and no matter how old or young, whether rich or poor, everyone eats together while sitting on the floor. Enjoy a brief walk with your CEO. He/she will give you some tips on finding things like supermarkets, main squares, and ATMs. For more specific or in-depth information, an official guided tour is recommended.

Amritsar which literally translates as "his pool of nectar", is a flourishing city and religious centre in the state of Punjab. Important from a religious point of view to the Sikh religion, with many pilgrims coming to have a divine bath in the pool of nectar at the Golden Temple. Also an important political city where in 1947 the separation of India and Pakistan created a long white line known as the Wagah Border between the two neighbours.

In the morning visit and explore the Golden Temple and learn about the community service principles of the Sikh Religion. Later, embark on a scenic drive to Dharamshala and take an orientation walk in the evening.

Travel along Himalayan mountain roads to the famous seat of the home of the Dalai Lama. "Dharamshala" translates to "a spiritual dwelling" or loosely, shelter or rest house for pilgrims and travellers. It is a beautiful former British hill station situated in the snow-capped mountains of Himachal Pradesh, in the foothills of the Dhauladar ranges. The city is divided into lower and upper Dharamshala according to the altitude. A popular pilgrimage site, the town is filled with temples, markets, galleries and gathering places.

Enjoy free time to explore Dharamsala. Visit the Main Temple and current residence of Dalai Lama or take a tour of the Norbulingka institute dedicated to preserving the Tibetan culture. Feeling more adventurous? Choose to embark on a short hike to Bhagsunag. The Dalai Lama Temple Complex (also known as Tsuglakhang Temple) is a beautiful and peaceful place located in Upper Dharamshala. Decorated with the colourful prayer flags, prayer wheels and art works, it's perfect for long serene walks, reflection or meditation with chanting monks.
There are lots of ways to spend free time in this charming place. Visit the Kangra Art Museum in the Kotwali bazaar, or take in a performance of the Tibetan folk opera 'Lhamo' at the Tibetan Institute of Performing Arts.
Opt to visit Norbulingka. Set amidst beautiful gardens, surrounded by the green fields of the Kangra Valley, the Norbulingka Institute stands against a backdrop of the towering Dhauladhar mountains of the outer Himalayan range.

Kangra Art Museum Visit
This hidden gem of a museum in Kotwali bazaar boasts a collection of artifacts dating back to 5th century, which display the rich past of the Kangra Valley. It includes a gallery of Kangra's famous miniature paintings, sculptures, pottery, and anthropological items.

Bhagsunath Temple Excursion
Hike to Bhagsunag temple, a sacred place for Hindus and the Gorkha
community where worshippers pray to Shiva, the Hindu god of destruction. There are two pools in the temple complex that are believed to have healing properties. This ancient Shiva Temple is connected to a mythological legend and is believed to have been built by King Bhagsu.

Embark onto the next destination, Shimla, the capital of Himachal province. This was once the British summer capital during the Raj Era. View the colonial era architecture still prominent throughout this city.

Enjoy a CEO-led orientation walk on The Ridge and The Mall (local hangouts) and explore this summer capital of British India. Every orientation walk will take a slightly different route to allow our CEOs to show off their favourite spots in this cool, comfortable, and charming town. Visit the Ridge and the Mall neighbourhoods and learn about everyday life in Shimla. Opt to visit the Viceregal Lodge or admire the neo-Gothic or Tudorbethan architecture of the heritage buildings.

Optional Activities:
Viceregal Lodge (Rashtrapati Niwas) Visit
50INR per person. Enjoy a visit to this former residence of the British Viceroy of India and learn about the reign of the British Raj in India. The Viceregal Lodge houses a collection of articles and photographs dating back to the time of British rule.

Enthaltene Aktivitäten:
The Ridge and The Mall Orientation Walk

Take the World Heritage-listed toy train from Shimla to Kalka. Switch to the Shatabdi Express for the rest of the journey back to Delhi, with dinner included on board. Over the course of 3 hrs, the train winds through tunnels as you head out of the mountains of Shimla.

Depart at any time. 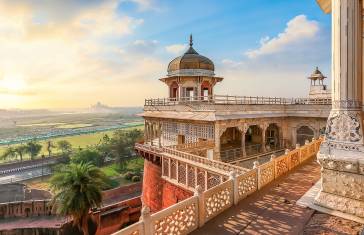 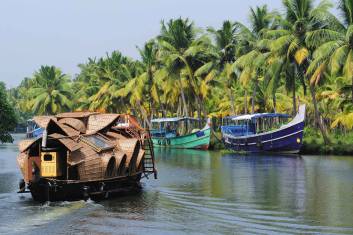 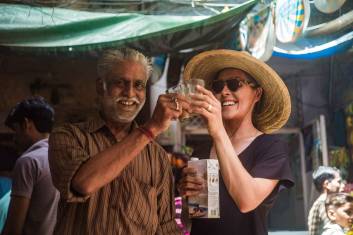 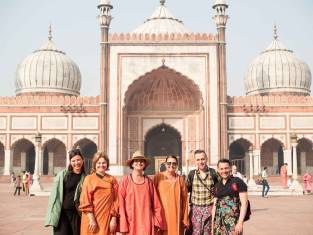